At present, the Chongqing contemporary midfielder Adrian, who has joined Guangzhou R&F on loan, was elected as the MVP of the 13th round of the first stage of the Super League. Recently, he accepted an interview that I understand. He said that the Chinese Super League is in the ascendant stage and has not yet considered retirement. 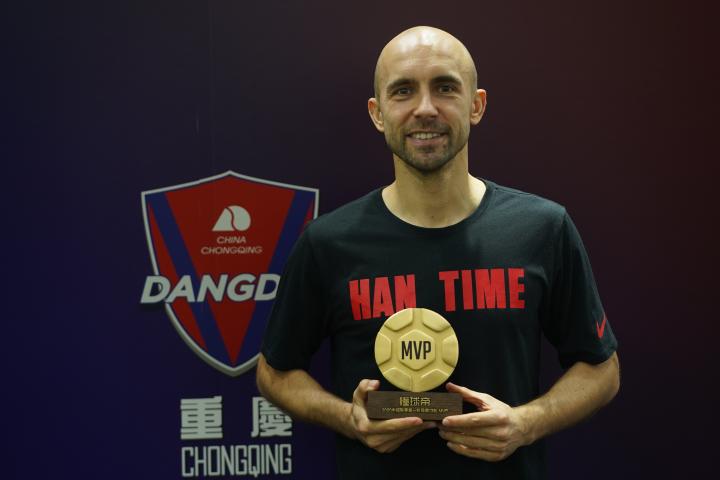 In fact, I didn't think we had a bad start. We lost to Beijing Guoan in the first game, but our opponent was Beijing Guoan after all, and we were very close to getting points. Foreign players also failed to play in the second game, but I think the Chinese players played very well. That game was only a few seconds away from getting a three-pointer. So I didn't worry about the team at the time, didn't think they couldn't win or had problems. I think they performed very well. I am proud of our players and staff.

Of course we all wanted to be able to play with the team as soon as possible, but physical conditions did not allow us to do so. We have been in isolation for two weeks and we need more training to ensure our state. I think (the state of the team) was OK at the time, and we finally returned to the team. But after we returned to the team, the team still experienced three unbeaten matches, tying with Hebei and Qingdao. But in the end we recovered our rhythm, which was not bad.

I think we have found our own rhythm. The coach also confirmed our starting lineup, and players can understand each other better on the court. Our foreign players also played better, and we also found our own form through the game. Everyone knows that we need time to adjust at the beginning. Our Chongqing team’s foreign aid should be the latest batch to return to China, but in the end we recovered our form, and the coach also worked in a set of the best lineup and best play style. Of course we are also lucky sometimes. I think we played very well, we played our own style. 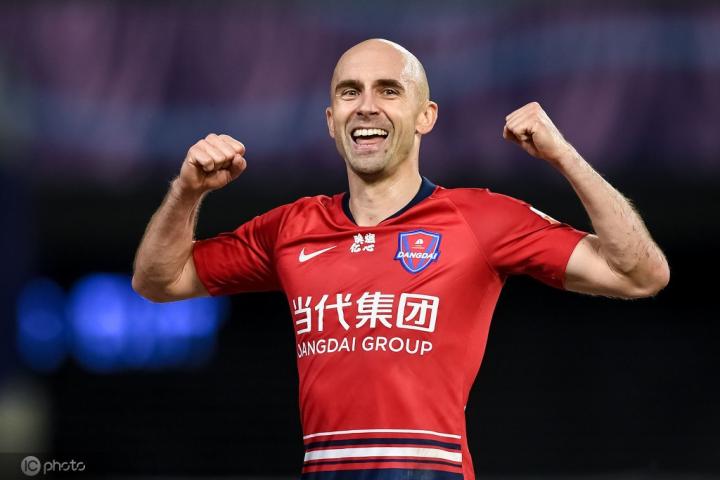 No, I think this view is wrong. Of course, the foreign aid of each club must work hard to improve the level of the club. We have already seen that the Chongqing team also played very well in the national class against Guoan and TEDA. Foreign aid must be the strength of every team, but there is no saying that clubs cannot play well without foreign aid, cannot exist, and cannot score points. I do not agree with this view.

No, there is no such thing. I think I have a good relationship with the coach, even though he has not been in our team for that long, and we have not worked together for a long time. We trained in Dubai and Okinawa for two weeks before the season, so I think when we played in Suzhou, he already understood my style and my favorite position on the court. So sometimes he lets me play in the right midfield, sometimes in the middle. At the same time, Chinese players can also support us in the backcourt. So, I think I (have better data) is lucky, and I have to rely on the help of other players. For example, Alan and Cyrino both gave me great assists. So I don’t think I’m the only one who is good. All the players and the club are playing better and better. I can score, Alan can also score, Sirino can assist, Fernandinho can also score, so not only I have credit, but everyone plays well.

(Note: Zhang Wailong entered Chongqing Modern Lifan in December 2019, and Adrian joined the team in February 2019. However, as early as the 2016 and 2017 seasons, Zhang Wailong also coached in the Chongqing team.)

of course! I hope so, if this is my goal, but it is very difficult. The last time I entered the national team’s gate was 6 years ago, so I think it might have been closed to me. But I still have confidence and expectations (for being selected for the national team). I hope I can perform well and have no injuries. All of these ultimately depend on the national team coach.

Everyone knows that we live in Jiefangbei, my children really like it there, and we also enjoy life here. They go to school here and I like this club and this city very much. Everything is fine. We live in a good location, my family is here, and I have a two-year contract here. Everything is fine, and I can't even fault the small details.

What to eat in Suzhou is relatively simple, but they will ask us what we want to eat. There is no special traditional food, more like athlete’s food. So we eat more grilled chicken, beef and vegetables. Of course there are some Chinese dishes, but our foreign aid did not taste too much. The biggest difference is that my wife likes cooking, so I miss her cooking in Suzhou. But it's nothing, the food in Suzhou is good, and the staff always want to meet our requirements. It's just that sometimes life in Suzhou is too boring. We don't have many choices for leisure in our spare time. Our life is the same every day. But you can also see from the results of the Chongqing team that the food in Suzhou has given us some strength! 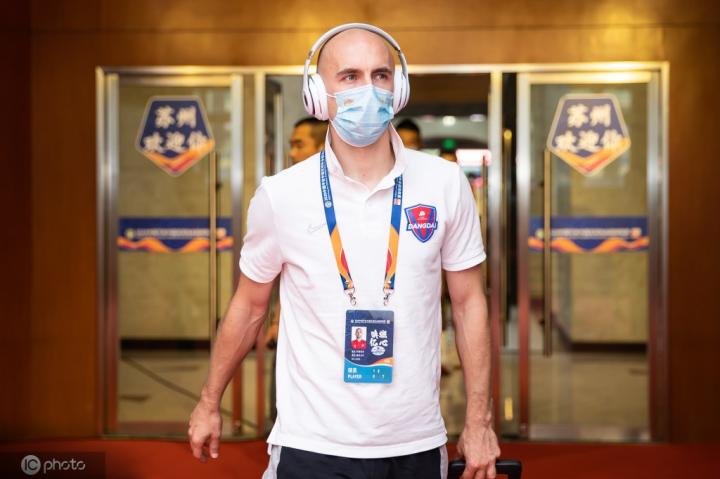 Most of my life is football. We have a game every three or four days, so we are training and playing every day. When we have time, I will play billiards or table tennis with foreign players. I also use WeChat to call my family in my room, watch some web dramas, and read some books. The situation is a bit difficult, and you know, this is a special season. We have not played for six months before the season, and we have to play again three or four days before the season. At the same time, the competition area is closed and we are far away from our families. But these measures are very necessary! So we adapted to this environment later. Almost all of these teams stayed in Suzhou for more than a month under quarantine. I think it's fine.

The more interesting thing is that let's play billiards together. We stipulate that if anyone loses, he must listen to everyone in the restaurant. So when a person loses, he has to help us eat! At the same time, there is a Starbucks in the competition area, and the loser will invite everyone to coffee or eat ice cream! Our atmosphere is very good. Especially after we win, we will eat hot pot together and make a joke.

I think in Australia, the league is a bit simpler, there are not many foreign players, so the level of competition is correspondingly lower. However, the level of Australian players is very similar to that of Chinese players. To be honest, foreign aid will have a great impact. I still remember that I drew with Shenhua twice in Sydney FC, but it was too difficult to play with them. When you can also play from other games such as Melbourne Victory and Shanghai or Evergrande, the Chinese team can often advance to the AFC Champions League and play from the group stage to the final. For Australian teams, it is very difficult (playing the AFC Champions League) due to the salary cap and the long distance flight to the away game. However, I think the Chinese league is steadily rising and will be much better than the Australian league in the future. Actually, I haven't thought about retirement. I feel very young now. In Poland, we compare older players to fine wines, the older the stronger. I feel pretty good, I haven't had a serious injury for a long time, probably three or four years ago. However (my future) everything depends on my performance and the club's decision. We accomplished our goal this season, and the coaching staff and players have done a great job. This is a surprise and achievement for us. Let us see what will happen in the next few years. But for retirement, I think I still have a long way to go.