One year after joining Stuttgart, 19-year-old French winger Tanguy Coulibaly (Tanguy Coulibaly) finally showed his talent in the German arena. The young winger from the Paris youth academy is the most efficient player in the Bundesliga this season, and his future is worth looking forward to. Donji Coulibaly spent his entire youth training career in the Paris youth training camp. During the Paris youth training, he was the main force of the team's U19 echelon, representing Paris U19 in the 2018-19 youth Champions League. (Scored 1 goal and 2 assists in 7 games), and also won the Al Kass Cup in the winter of 2019. However, the rising star of the future did not choose to stay in his home team Paris. After the expiration of his contract with Paris in the summer of 2019, he chose to leave the French capital club to join Stuttgart in the second division. 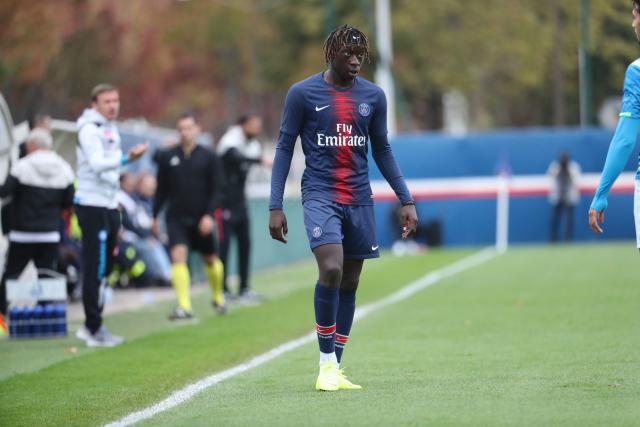 The first season was a bit difficult for Coulibaly. Although he won the No. 7 jersey that symbolizes the core, but in Stuttgart, who is aspiring to play in the league, the young French winger has difficulty getting a chance to play in the first team. He made 2 appearances in the Bundesliga, most of the time sitting on the bench, and even played for the second team of Stuttgart.

However, after entering this season, Coulibaly has won a lot of opportunities in the team's 3-4-2-1/3-1-4-2 system. The 19-year-old young attacker was pushed up. In the last three rounds of the league, Coulibaly has been the starting point for the position of the wingback, and has played his potential in the positions of the left and right wingbacks. His dribbling and crossing skills have helped the team a lot, and his defensive attitude is also very positive.

The most efficient player in the Bundesliga this season is Coulibaly. The French teenager who can complete a successful dribbling every 24 minutes on average has created a big threat with his breakthrough ability. Especially in yesterday’s game against Schalke 04, Coulibaly had 7 attempts in a single game and succeeded 6 times. His ability to get rid of and turn around in a small range is quite good, and he can often rely on his personal ability in the game. Completed extraordinary. This season, Coulibaly contributed 10 successful dribbles in 240 minutes of playing time, with a success rate of 63%.

In Stuttgart’s 3-4-2-1 system, Coulibaly can serve as a winger or retreat to become a wingback. In recent rounds of the league, the 19-year-old has been placed on the left and right wing. In the guard position, he is gradually adapting to this position.

In the game, although there are still major shortcomings in the sense of position and defensive details, Coulibaly's participation in the game is still satisfactory. He also contributed 6 steals and 3 times in the last three rounds of the league. Intercept, completed the task of regaining the ball. In addition, Coulibaly also played his potential on the offensive end. His breakthroughs and crosses have created a lot of threats. After the wing breakthrough, he can send a very threatening pass.

Of course, Coulibaly is still only a 19-year-old player. At this stage, he still has many shortcomings to be improved. However, this young winger from the Paris youth training has gradually shown his own in the Bundesliga. Potential, we also look forward to Coulibaly playing better and better in Stuttgart, helping this veteran team to return to the top position.